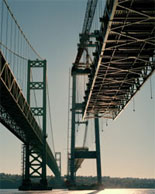 F1554 is specified for bridge applications including bearings, approach slabs, steel railings, and other critical components. 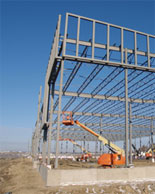 Structural engineers have identified F1554 as the go-to specification for steel. Due to its versatility, it is used to support building columns and steel bearing plates. 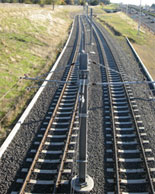 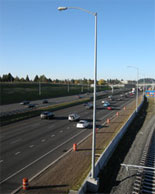 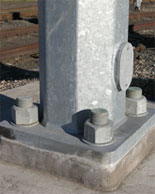 The configurations for traffic signal bases often use large diameter anchor bolts to support the large structures. Since these bolts are exposed to the elements they are usually hot-dip galvanized. 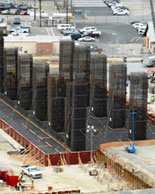 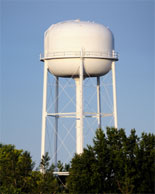 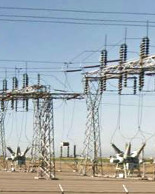 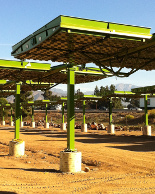 Dan Karpan, Sales Representative at Portland Bolt, is an expert on F1554 anchor bolts. Contact Dan by phone, through our form, by email, or via chat if you have any questions.

This website is owned and operated by Portland Bolt and Manufacturing Company. The intent of this site is to provide engineers, architects, steel fabricators, contractors, and fastener distributors with in-depth, technical information pertaining to the ASTM F1554 anchor bolt specification. Please contact us if you have questions, require additional information, or if you would like a price quote. For more information regarding Portland Bolt's manufacturing capabilities and full product line, visit www.portlandbolt.com

ASTM: If you are working with F1554 anchor bolts on a regular basis, we strongly recommend purchasing a copy of the ASTM F1554 specification from ASTM international.

ASME: ASME B18.2.1 (covering head dimensions for headed anchor bolts) and ASME B1.1 (covering Unified Inch Screw Threads) can be purchased from Techstreet.